The making of Cognac

How is this brandy made?

We are all familiar with Cognac, an amber, fruity brandy that can be enjoyed neat or in cocktails. What we don't know, however, is the process by which this spirit with its fine and delicate aromas is made. Strictly defined in the specifications of the Cognac appellation, the various stages of Cognac production are carried out by a cellar master, who guarantees the organoleptic quality of the finished product. Cognac production and eau-de-vie production, we explain everything.

In the Cognac vineyards, only certain grape varieties are authorised for the production of eau-de-vie. In general, it is the Ugni Blanc that is mostly planted for this purpose. The grapes are harvested between the end of September and the beginning of October, when they are at their optimum ripeness.

The grapes are then pressed to extract the juice, which is placed in vats for a few days to ferment. After 4 to 8 days, when the alcoholic fermentation is complete, the wine is ready to be distilled.

Charentaise distillation consists of a double distillation. Its aim is to capture the essence of the wine, its "soul". It is carried out in a copper still, specific to the region, with an authorised capacity of 30 hectolitres.

To be able to claim the "Cognac" appellation, only the wines of the current campaign can be distilled, and only until 31 March. 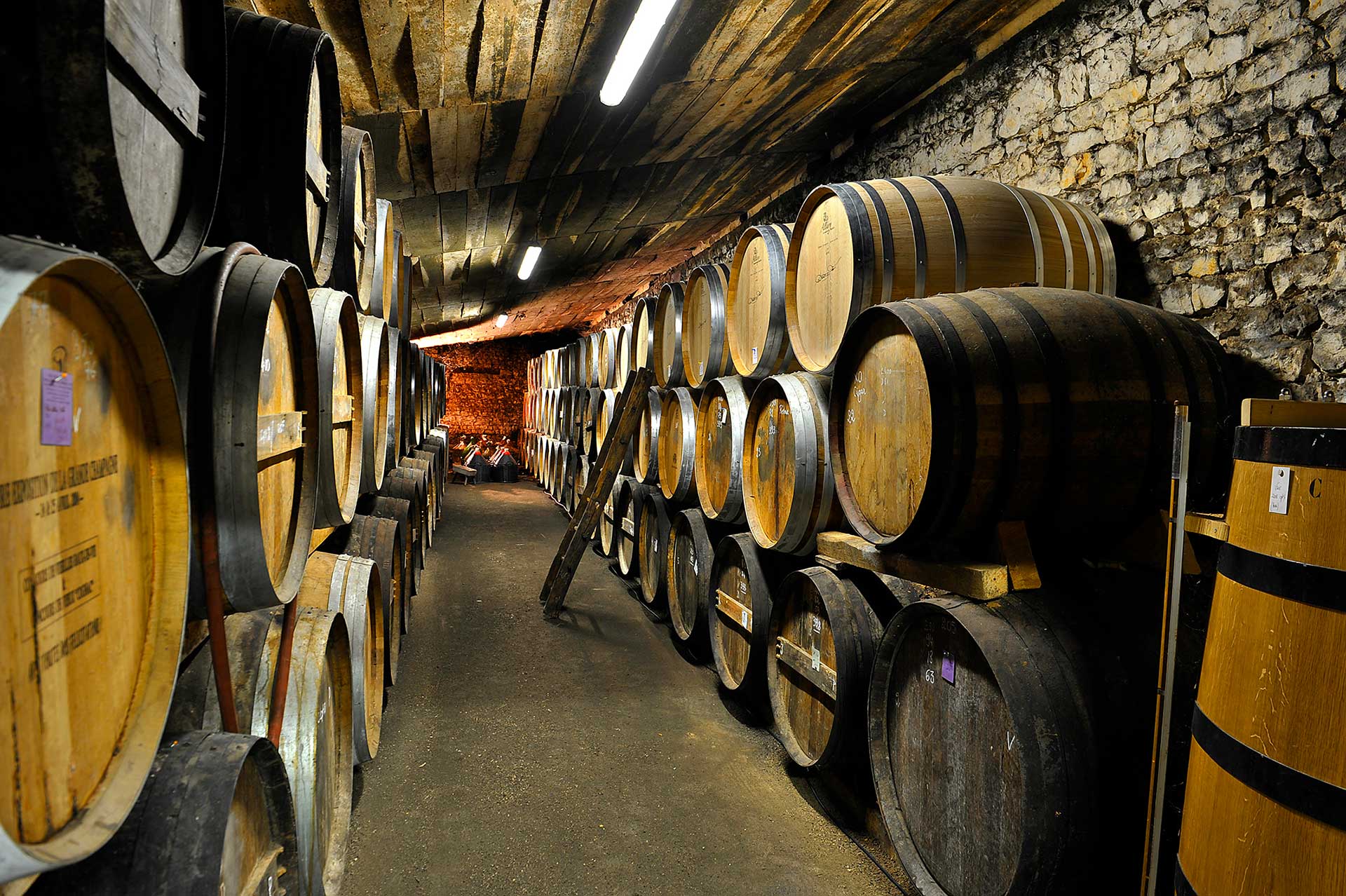 The eau-de-vie obtained by this double distillation has an alcoholic strength by volume of between 68% and 72%.

It is placed in oak barrels, the only wood authorised for maturing Cognac. This ageing process lasts at least two years, during which the eau-de-vie develops its aromas. During this time, the wood of the barrels will transmit its flavours to the alcohol and give the Cognac its special colour.

The art of blending for a quality Cognac

Cognac is an alcohol with a constant and specific aromatic signature. Its organoleptic characteristics - taste, smell and colour - are precisely defined and must remain constant. Therefore, it is up to the cellar master, at the end of the maturing process, to blend several Cognac eaux-de-vie. These are selected from barrels aged for different years. The art of the cellar master is to obtain a Cognac that perfectly meets the requirements of the AOC (Appellation d'Origine Contrôlée).

During this finishing stage, the cellar master also carries out the reduction operation which consists of adding water in order to lower the alcoholic strength by volume to 40%.

The practice of blending is inherent to Cognac production. Vintage Cognacs, which enjoy great prestige, are very rare. Their production is strictly controlled and monitored by the BNIC (Bureau National Interprofessionnel du Cognac).